Arlo’s Book Club: Back to School

Arlo is at it again, with some fantastic book picks for your kiddos’ burgeoning imaginations, in this edition of Arlo’s Book Club. If you’re gearing up for the start of school too, and are out picking up pencils, notebooks, and five thousand glue sticks, make sure that you swing by the book store or local library to check these out as well. Our theme is Back to School–but we all know that not everything worthwhile is taught in the classroom. Museums, parks, different countries and cultures, or the outside world can offer an education that is just as important as what is taught in school. Read on for more: School’s First Day of School
by Adam Rex, with pictures by Christian Robinson
Roaring Book Press, 2016
Suggested ages: Preschool-Grade 1
We are so proud of our own Red Cap Cards artist, Christian Robinson, for this amazing (and adorable) achievement. School’s First Day of School tells the story of Frederick Douglass Elementary, a brand new elementary school who has first-day jitters about having kids attend classes inside of him. Related through conversation with his special friend, the janitor, this creative story is fabulous for any kid who is nervous about starting school, making friends, or expressing their feelings in a group. 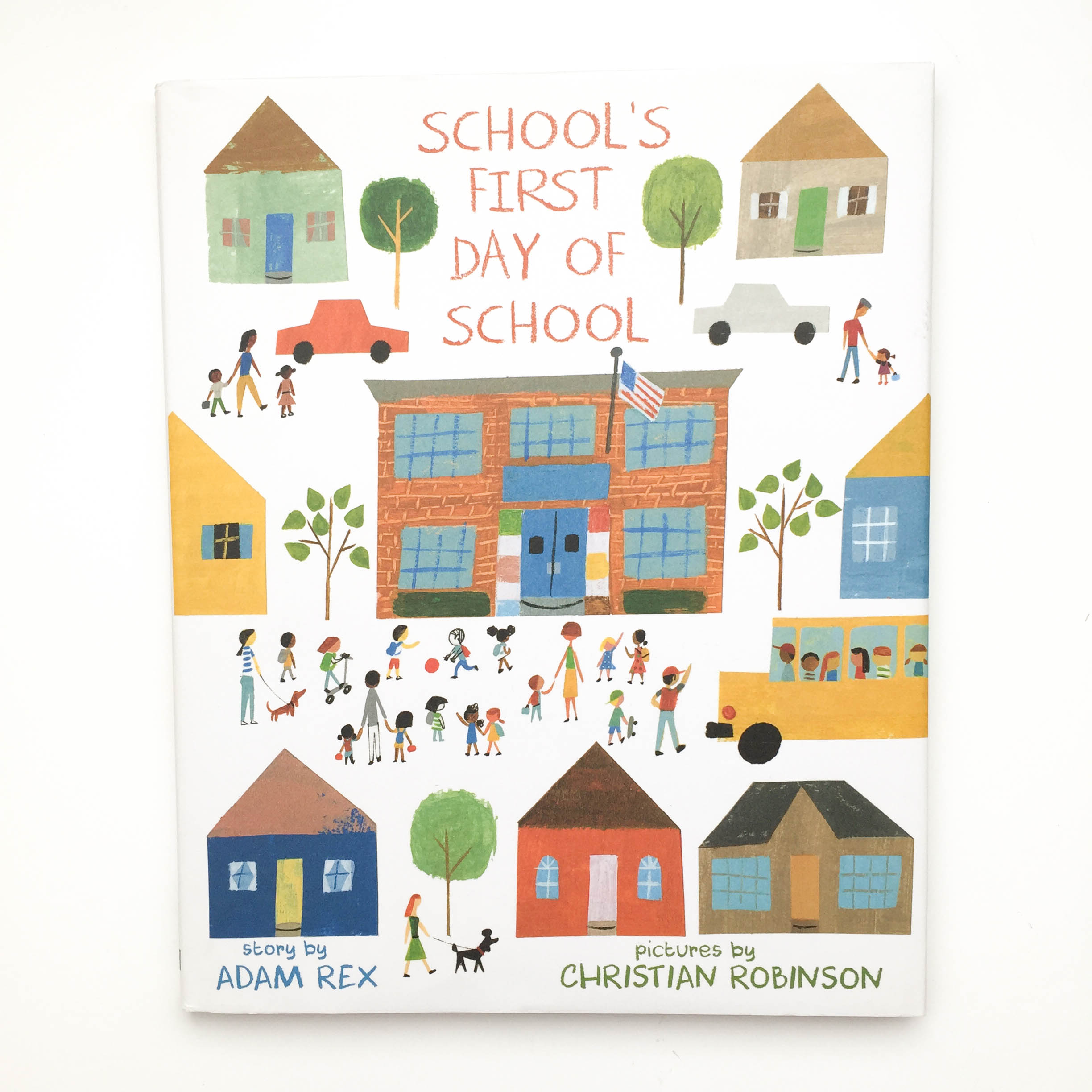 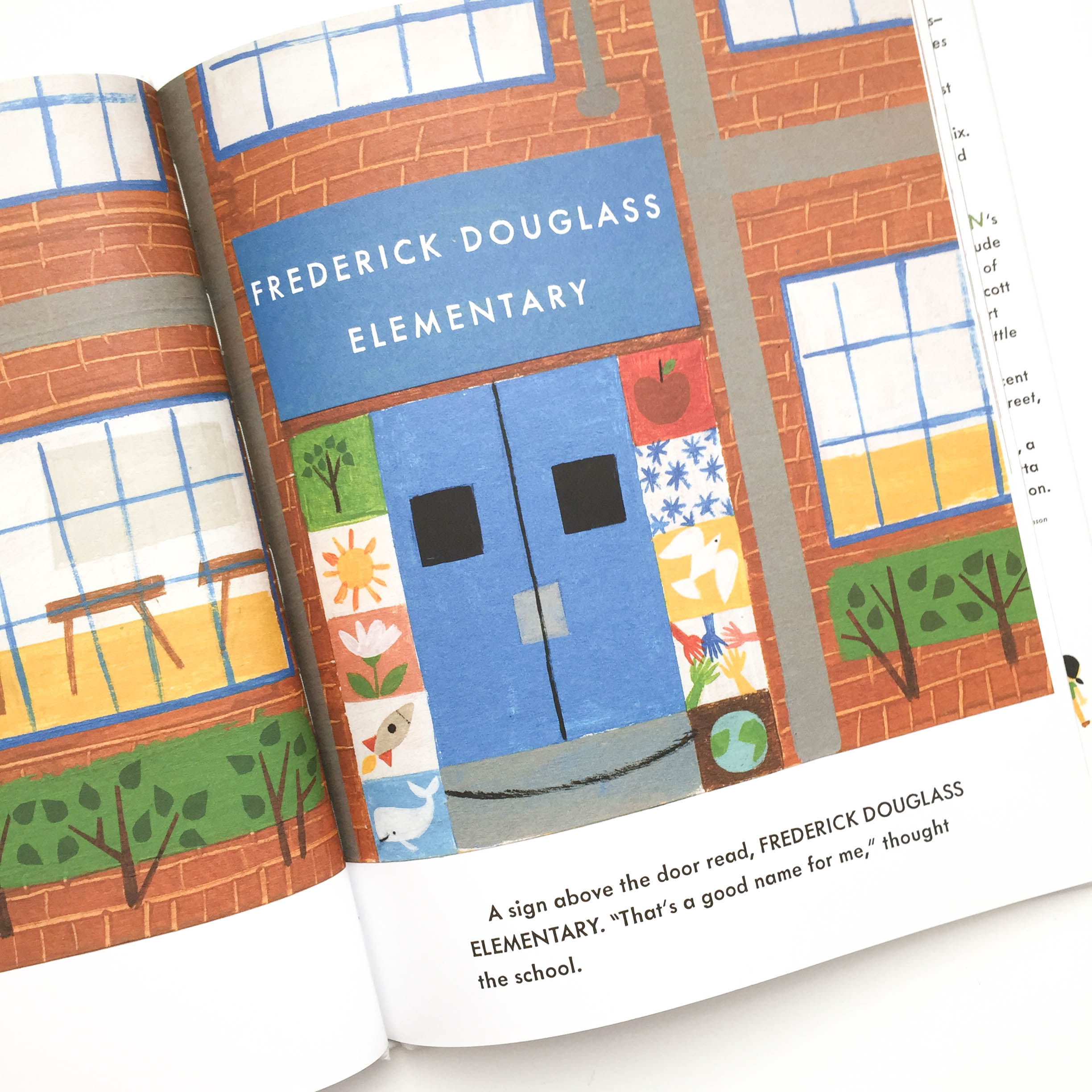 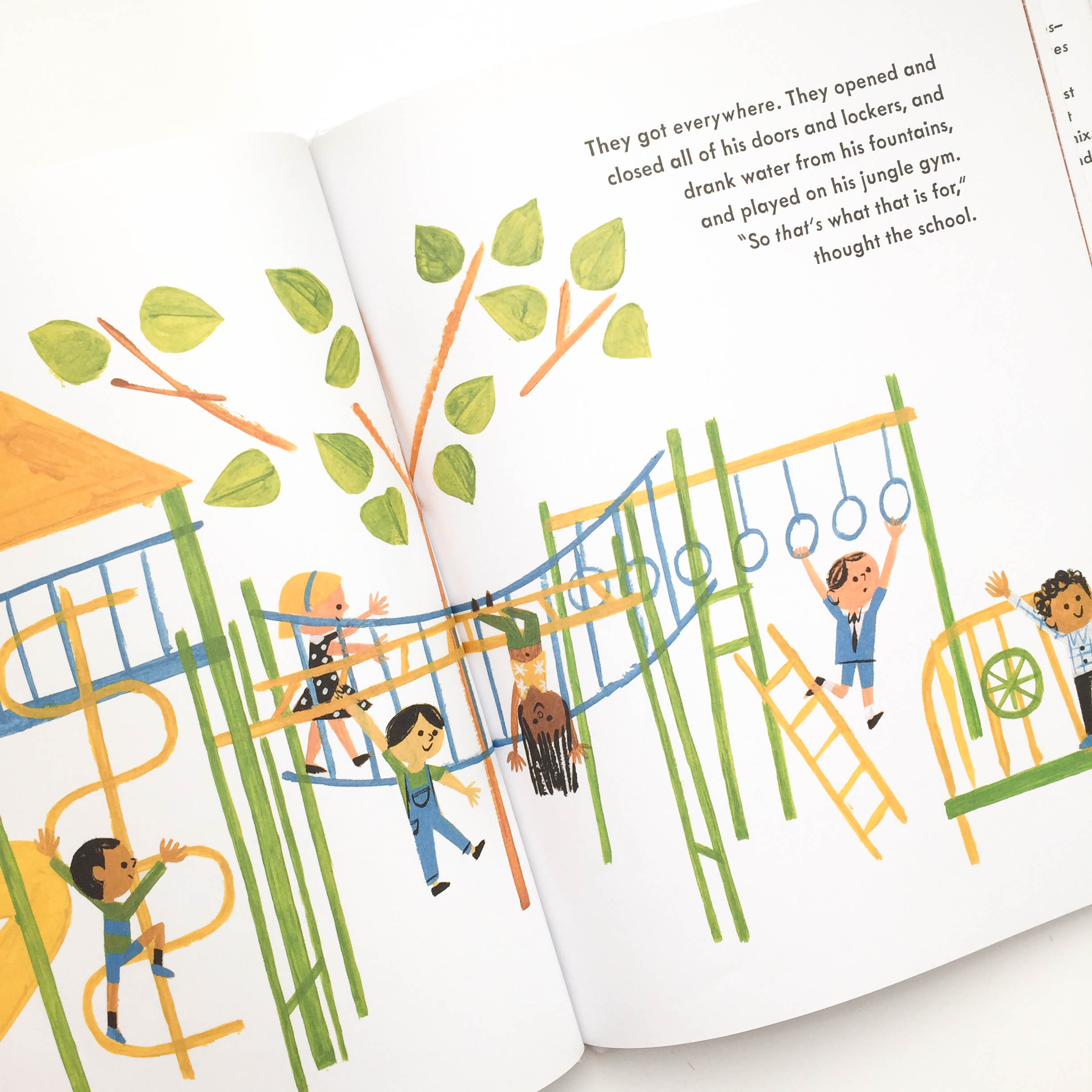 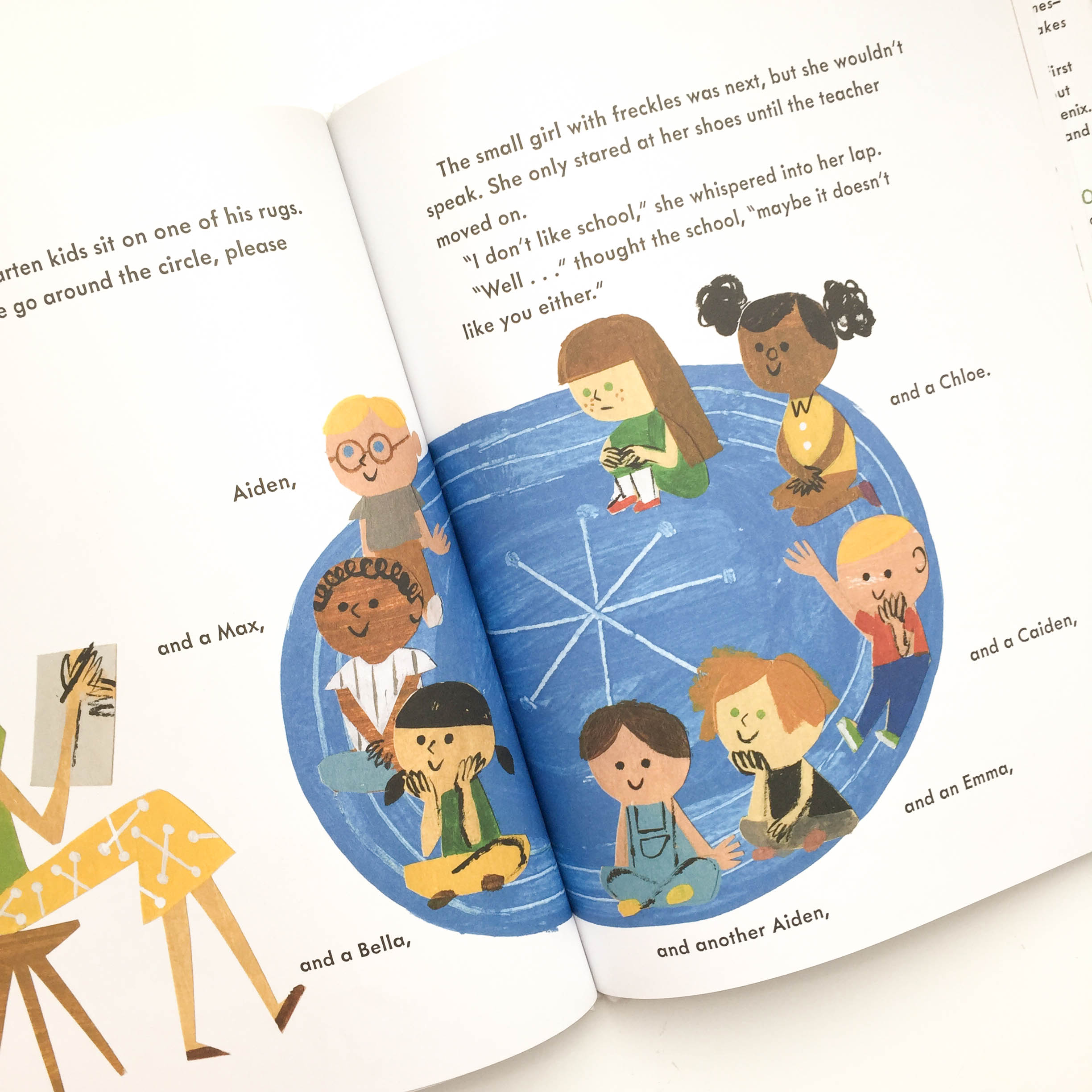 One Thousand Things (Learn with Little Mouse Series)
by Anna Kövecses
Wide Eyed Editions, 2015
Suggested ages: Preschool-Grade 1
This little gem most likely works best for the younger set, but even as adults, we are enamored by the illustration and modern, quirky aesthetic that One Thousand Things displays. Written and illustrated by Hungarian graphic designer, Anna Kövecses, this book teaches children ways to distinguish some common terms, phrases and concepts–one thousand, to be exact. 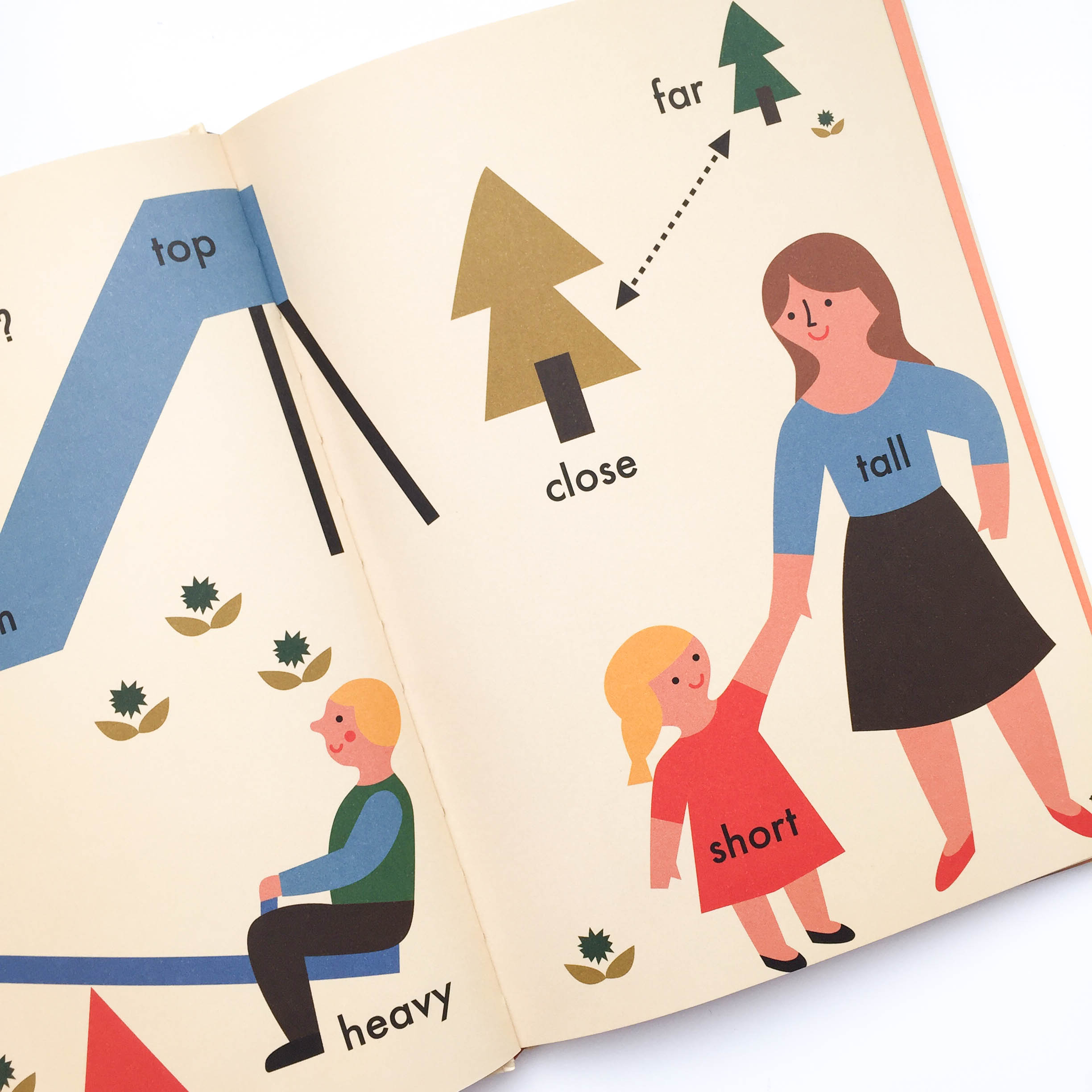 There Is a Tribe of Kids
By Lane Smith
Roaring Brook Press, 2016
Suggested Ages: Kindergarten – 3
Winner of the Kate Greenaway award, There Is a Tribe of Kids was written and illustrated by famed illustrator of classic picture books like The True Story of the 3 Little Pigs! and The Stinky Cheese Man & other Fairly Stupid Tales. It follows a child on his journey to a “tribe of kids.” On the way he learns the terminology for different groups of animals and other natural wonders, through experience and wonder. A beautiful book. 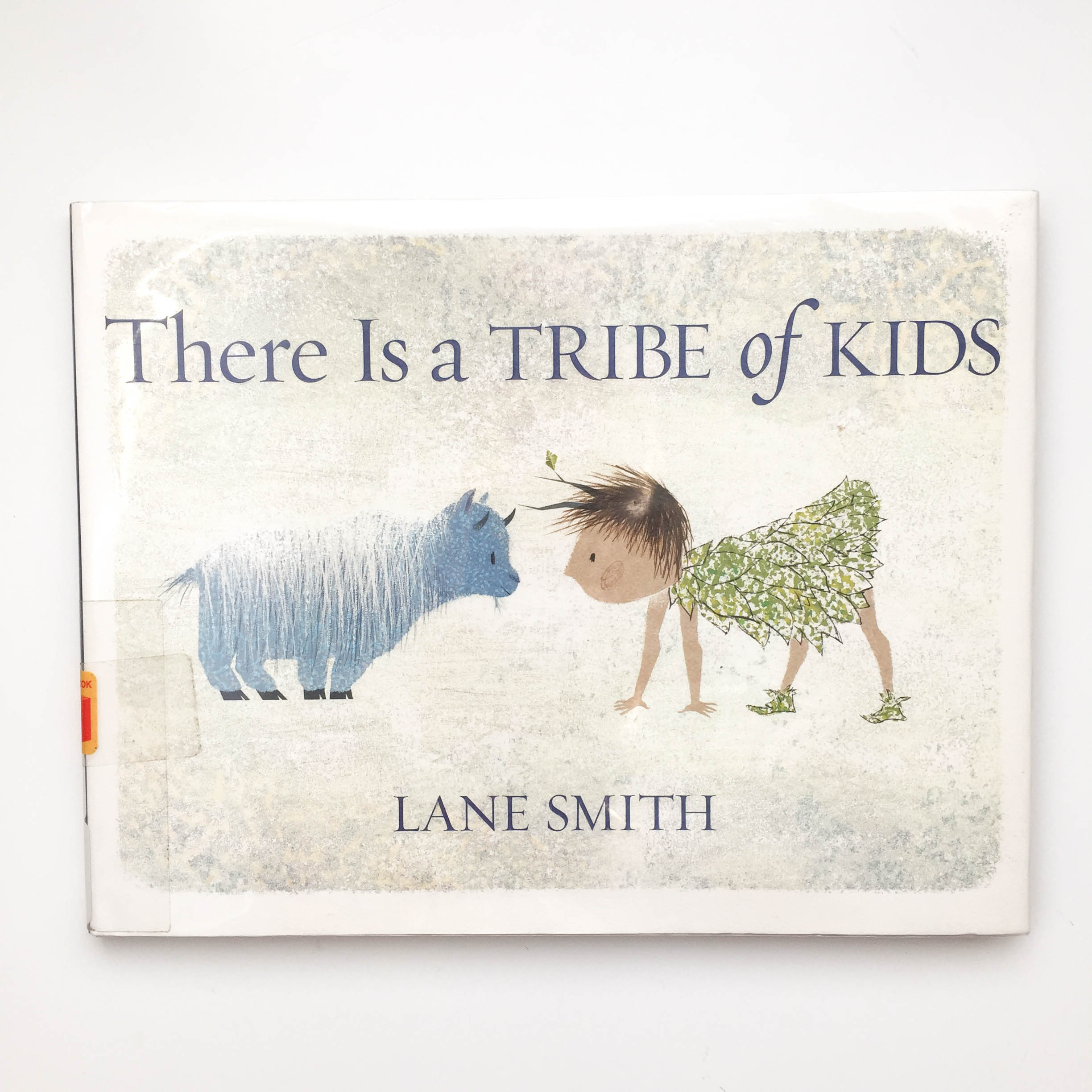 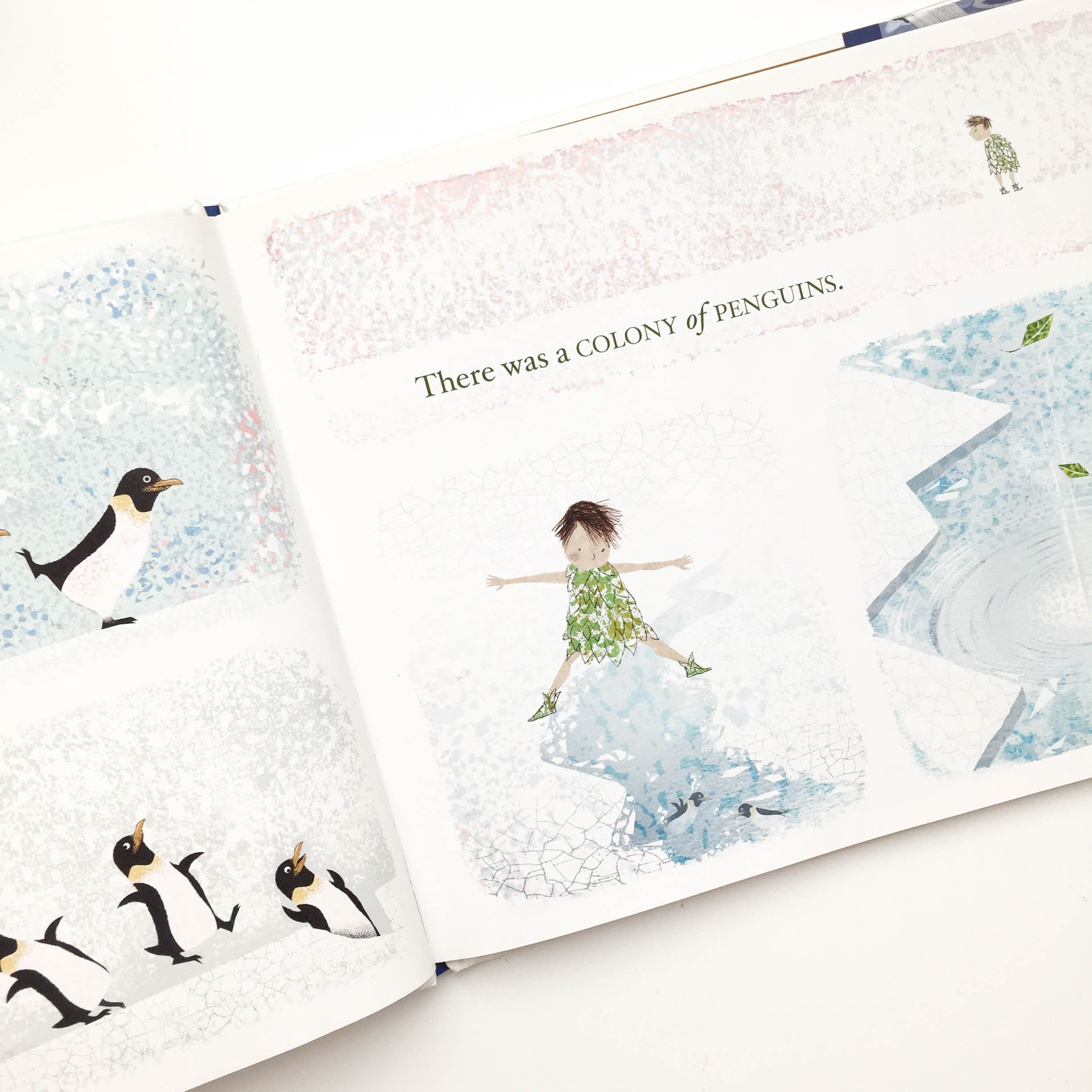 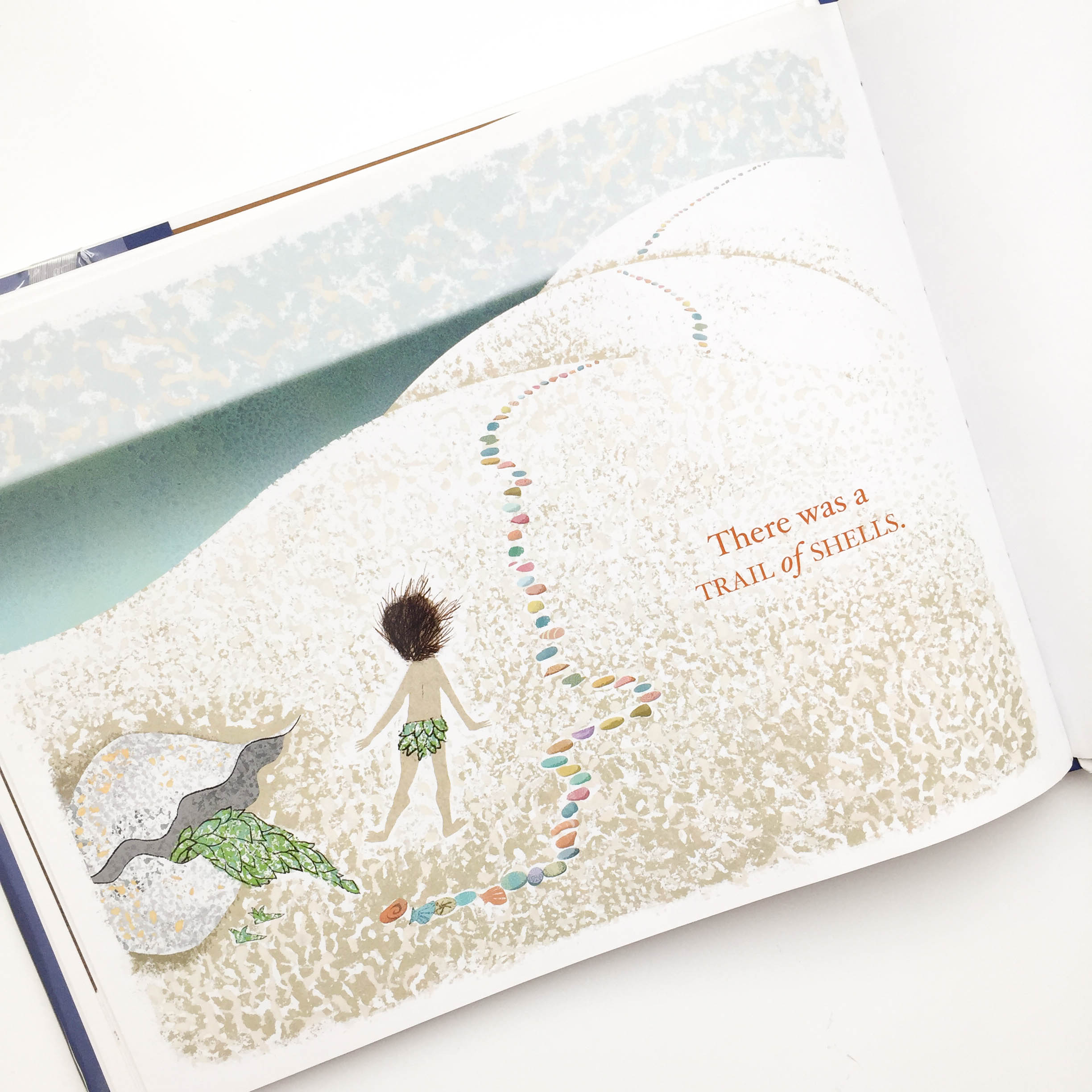 The Teacher’s Pet
by Anica Mrose Rissi, with illustration by Zachariah O’Hora
Disney-Hyperion, 2017
Suggested ages: 4-7 years
Zachariah O’Hora lends his bold & bright illustration style to a new story in, The Teacher’s Pet, with words by Anica Mrose Rissi. In this story, the children’s teacher, Mr. Stricter, is slightly confused about what constitutes the perfect classroom pet. Kids will feel empowered by having a narrative edge over the grown-up character in the book, and the details are laugh-out-loud. Tongue-in-cheek warning: spicy language abounds with terms like “farts” and “snot-rocket.” Love this one! 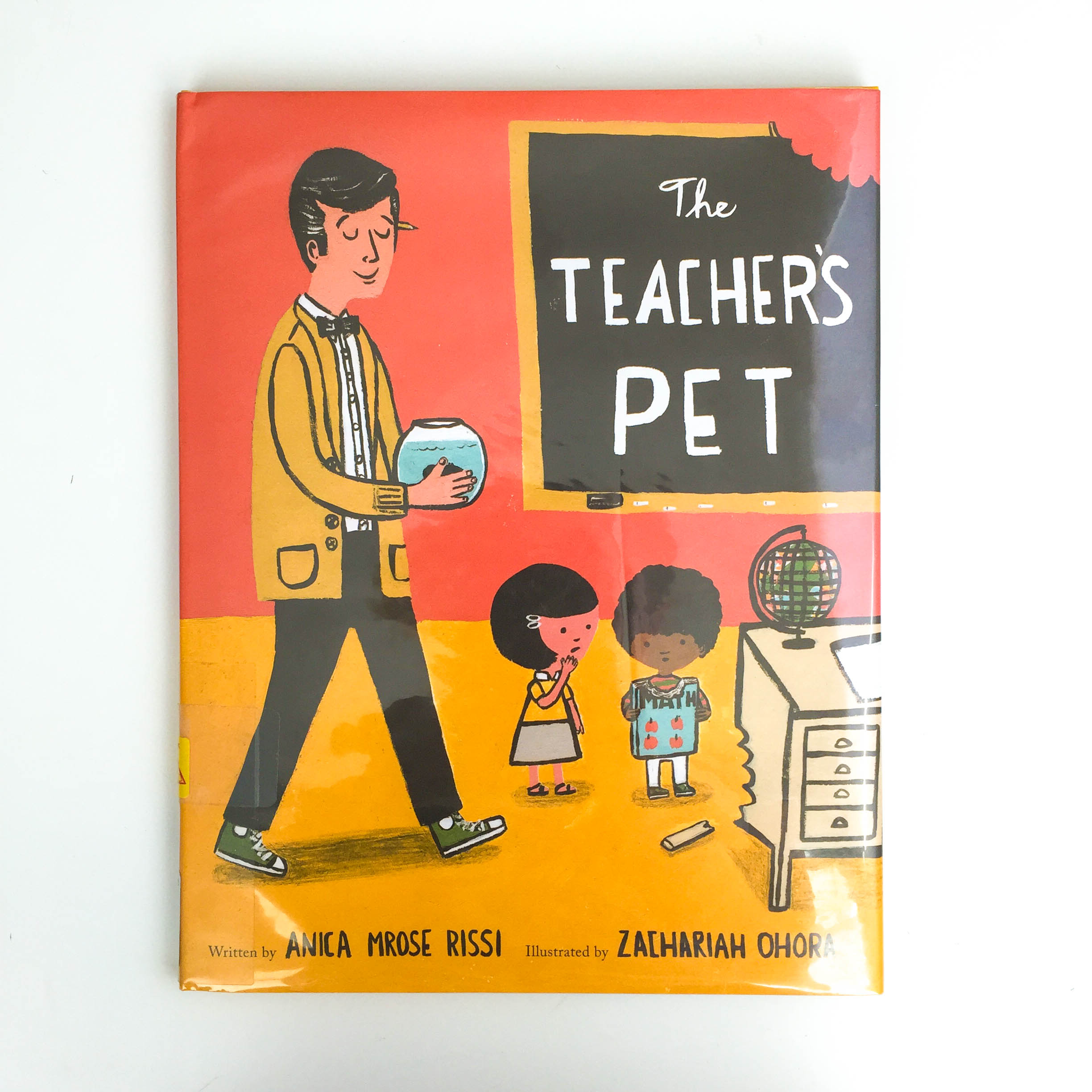 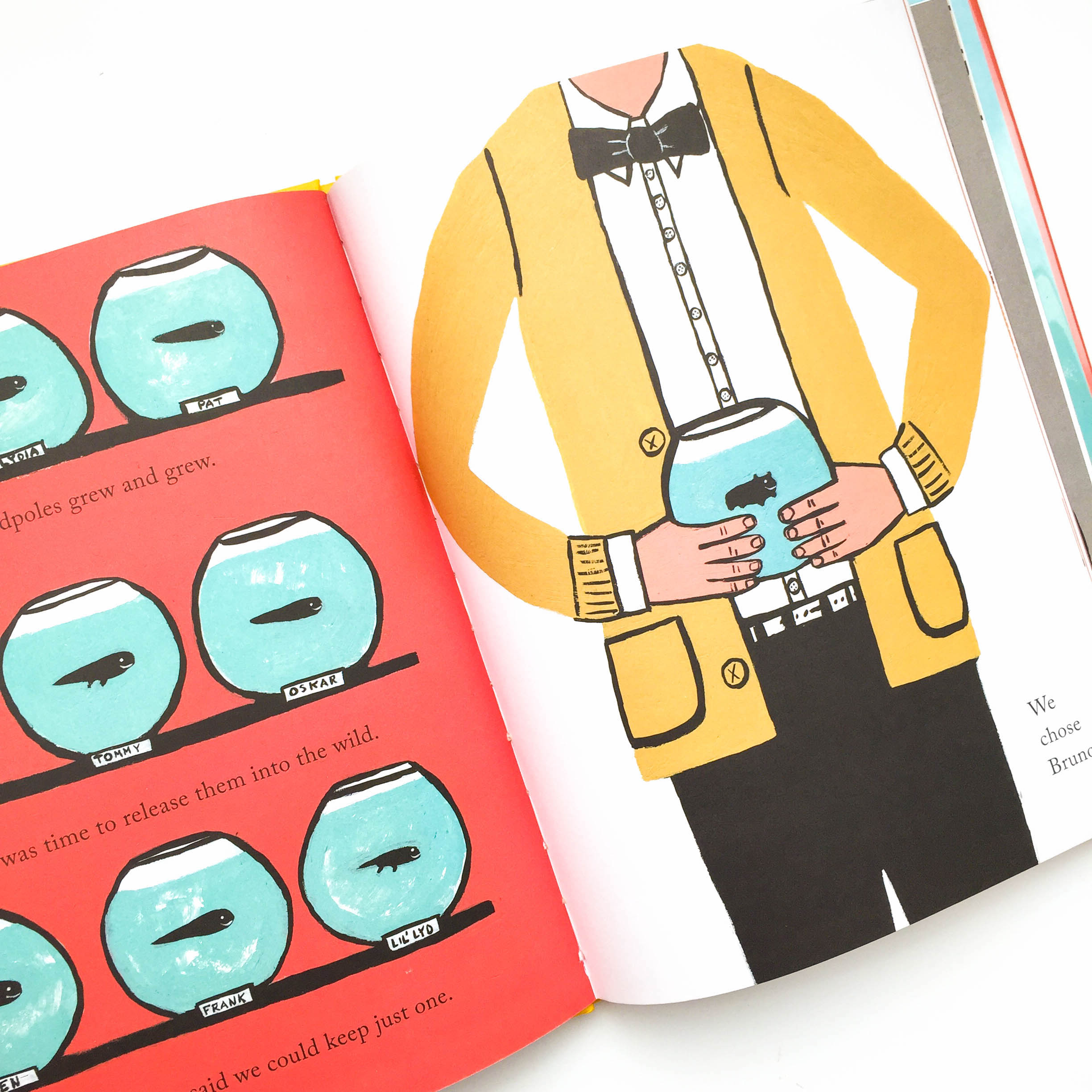 A Funny Thing Happened at the Museum
By Davide Cali and Benjamin Chaud
Chronicle Books, 2017
Suggested ages: 6-9
We’ve included one of Cali & Chaud’s previous installments of the “A Funny Thing Happened…” series in one of our previous Arlo’s Book Clubs (see here) and were excited to find out that another book in the series had been released. A Funny Thing Happened at the Museum picks up with another tall-tale told by extremely unreliable narrator, Henry, about his trip to the museum. The book is over-the-top with wild museum antics and parents can tell kids about certain exhibits as they read through the story. The perfect trickery: kids will learn while laughing! 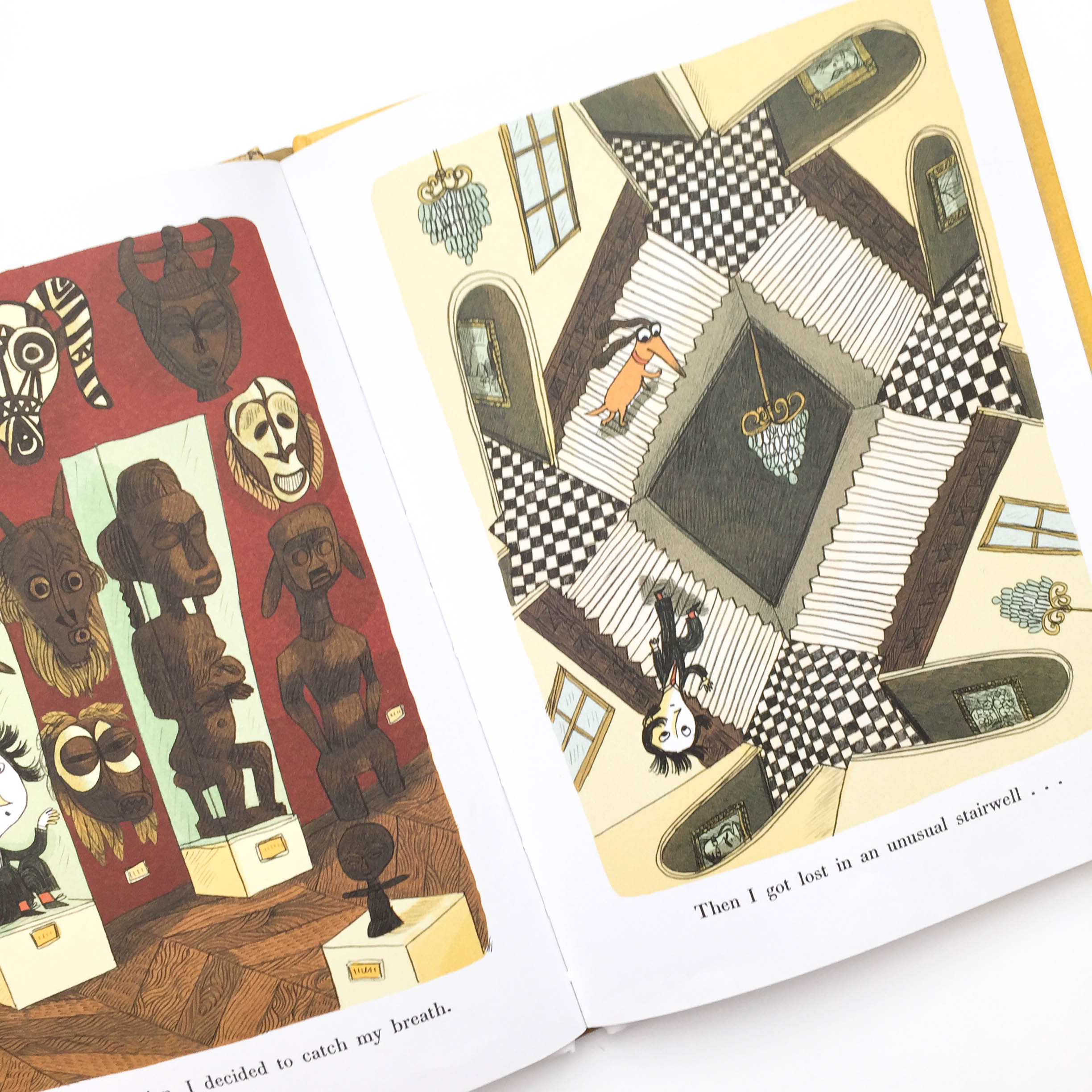