We are beyond delighted to introduce to you a special guest collaborator, Cressa Maeve Beer aka @beeragon! She is a self-described: “stop motion artist, video preditor, and queer dinosaur living in Brooklyn,” and has produced content for Refinery29, New York Post, Hearst, and MTV among others. We are so honored that she has used her amazing, breath-of-fresh-air talent to create a special series of stop-motion videos for Red Cap Cards! You may have seen a few popping up on our Instagram here and here with fantastic music by @a_sarr — but we know you want to know more! Using her trademark stop-motion Godzilla characters to perform haiku greeting cards by Johnathan Rice for RCC, she has created the most enchanting films that are pure wit and joy. Just take a look below! And read on to hear about her life, her creative process, and the best piece of advice she’s ever gotten. Be sure to check out her other work on her Instagram, @beeragon, or her website, cmbeer.com.

Tell us about a day in the life of Cressa!
My mornings are really important to me – I tend to get more work done, and I can think a little more fluidly. Creativity comes a little more clearly too. I usually get up at 5 AM and try to exercise while I’m too groggy to realize that I hate jogging. After that I have a small daily ritual of making a pot of tea, journaling, meditating, and gratitude. Then I make breakfast (and on weekdays cook my lunch to take with me to my day job) and do a little personal work, whether that’s writing or editing a stop motion project – sometimes I’ve even managed to squeak out a short shoot before having to catch the train. During the week I work as Head of Post Production for the video team at the New York Post, where I’ve been editing and occasionally producing the last few years.

Here are some of my best pieces that I did, if you want to see what I shoot outside of stop motion:

After work varies daily, but some of my favorite things to do are seeing a show at House of Yes, peruse Strand Bookstore, catch up with a friend over ramen, or just take a walk with my partner. Weekends tend to see me cozied up with movies, books, and probably hours spent with a camera and a little monster.

What defines you as a person and an artist?
I honestly have a hard time with self-definition, but if I were to aim for something, it would be to become a bed of flowers for people to discover and give them a smile when they need it most. 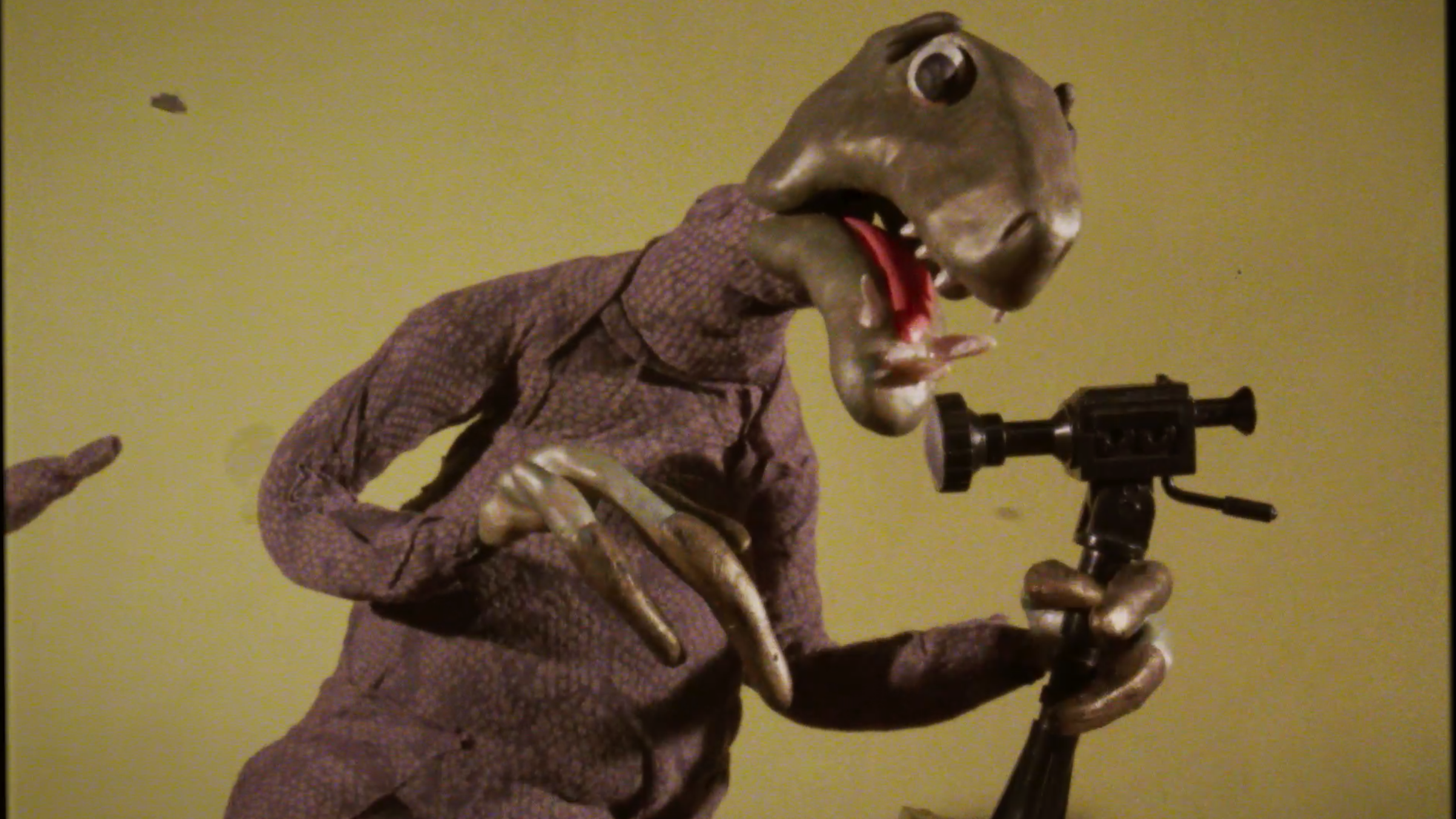 Do you remember being an creative/artist as a child? Do you have a specific memory of when you really knew what you wanted to do?
I was that kid on the playground who would dream up entire worlds and characters with elaborate backstories, subsequently bossing their friends around to act things out in just the way I would envision. My parents were serious movie buffs, showing me Godzilla vs. Mothra and La Strada in the same day, which I feel shaped a lot of who I am. I used to play Ray Harryhausen VHS’s, specifically Clash of the Titans, until the tape no longer worked. That, alongside catching Wallace and Gromit on PBS, got me massively into stop motion. I used to hijack my parents’ camcorder to create little frame-by-frame movies with my LEGOs, and usually that’s what I would end up turning in for school projects. 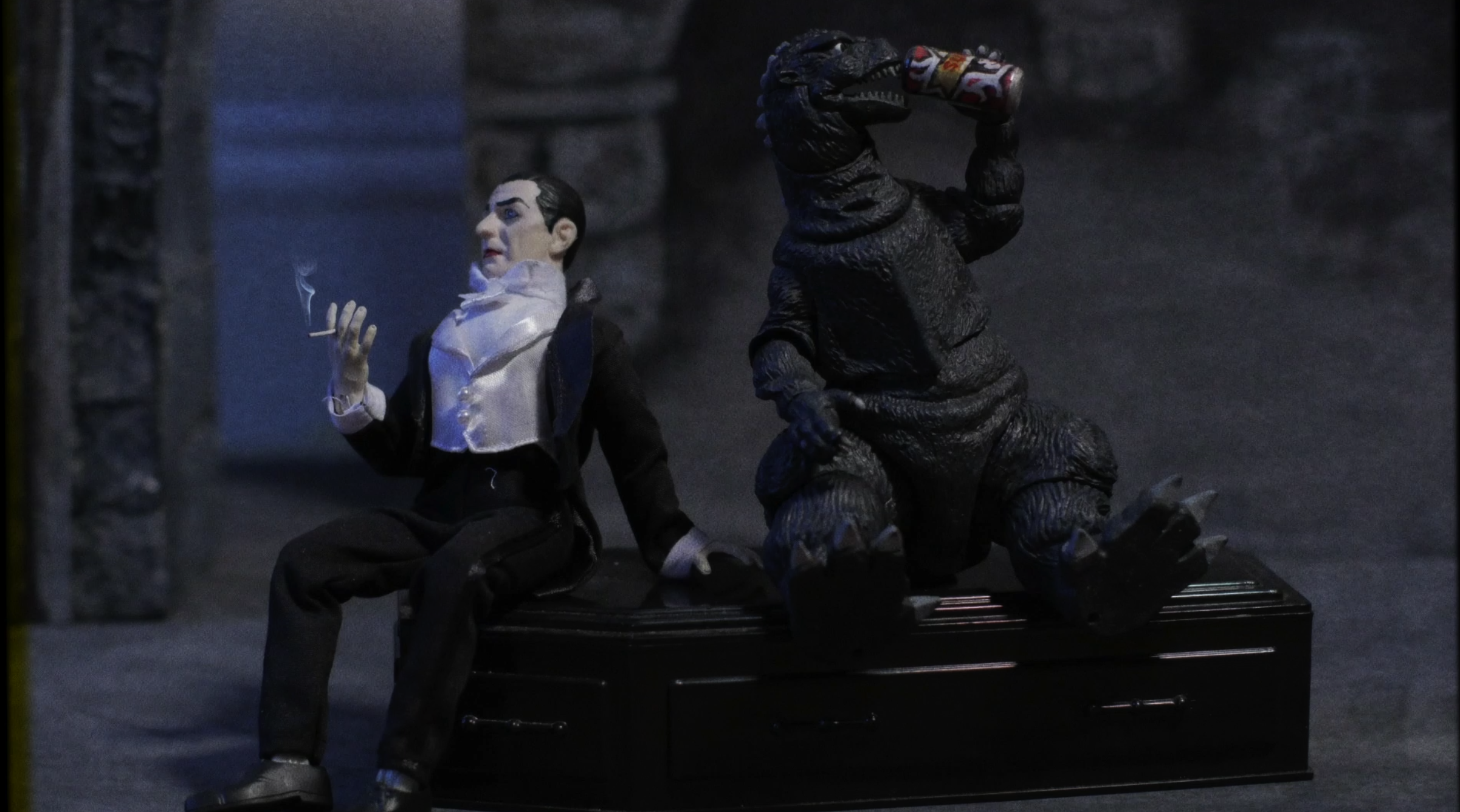 I also have a very vivid memory of when I knew I HAD to be a filmmaker. I was 14, and my parents decided to show me Apocalypse Now. I just remember being completely struck by the editing, particularly in the opening sequence, and having that be the first time I noticed a movie was the sum of its parts, and those parts could be manipulated into countless ways to create new meaning and illicit all sorts of emotions from the audience. I recall turning to my parents when the movie ended and saying “This, this is what I want to do.” They weren’t surprised.

Who or what is your greatest inspiration?
My inner child has become my greatest inspiration and source of energy and creative output. It’s sad, but I feel as though as I got older, I ended up suppressing myself in a multitude of ways – in order to not be ‘weird’, or to just fit into a certain mold. Even if I was experimenting creatively and ambitiously pressing forward, I really put a restraint on who I was. I wasn’t able to really understand this until just recently. When I let my inner child free, and allowed myself to come out to play in the sunshine, things became brighter – fog lifted in my everyday life, and I was able to create things from a source of purity. It’s hard to describe. I’m an incredibly sensitive person, but I let myself be sensitive to any sort of joy, no matter how simple; the way a leaf perfectly falls from a tree above me, the soft smile of a stranger on the subway, the coincidence of finding a book on the wrong shelf in a store that ends up becoming your new favorite. I aim to view my life as my four-year-old self would: new, magical, and full of possibility. 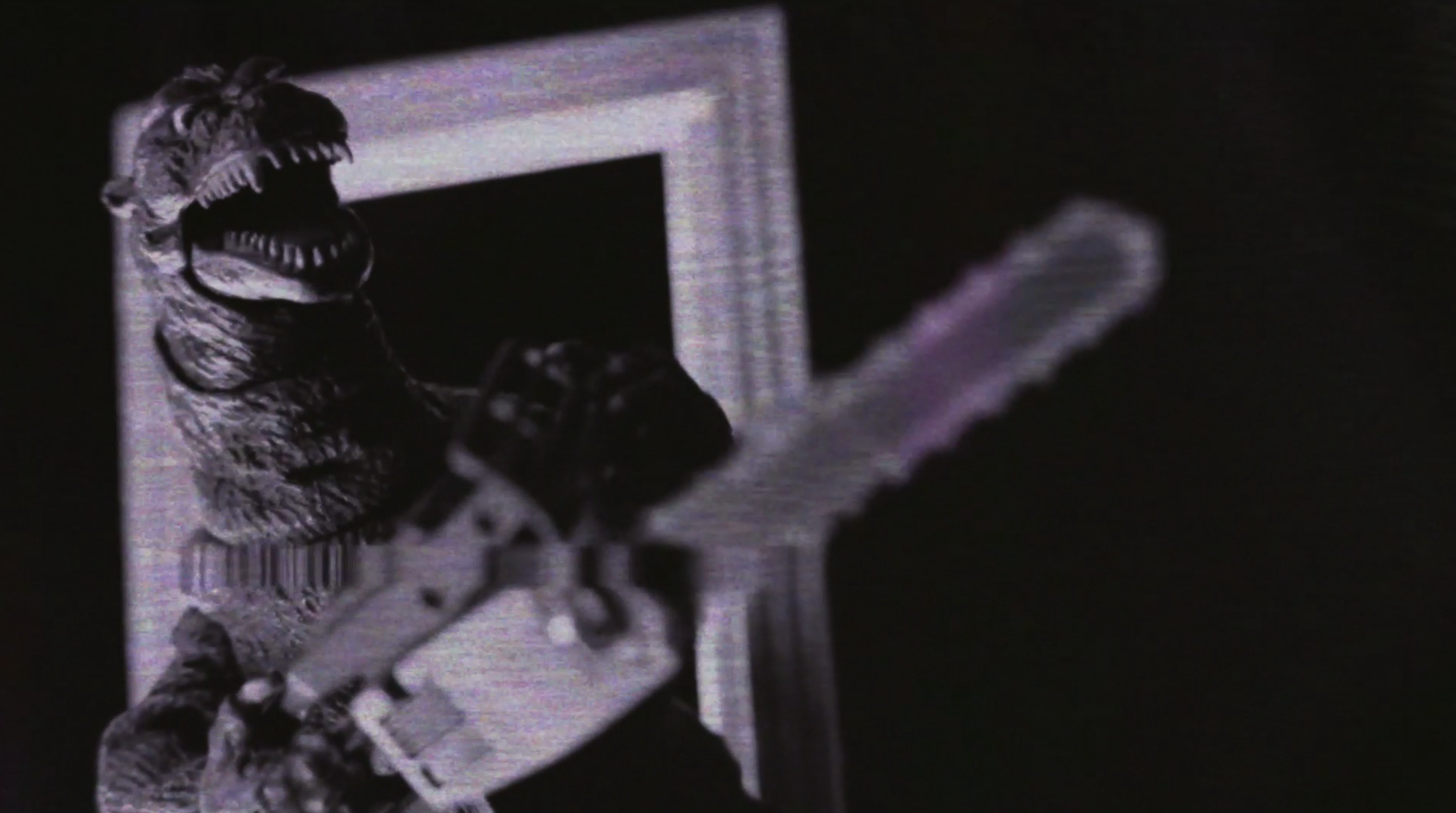 Tell us about your stop motion filmmaking process. What are your favorite aspects? What do you find most difficult?
It’s a tedious, tedious, tedious, tedious process – but it’s extremely meditative, too. The movie standard is 24 frames per second – so that’s 24 pictures to create one second of animation. But it’s also not quite that mathematically simple either, because then things would be too robotic. It’s an odd balance of intuition and craft.

I’m sure I make a lot of other stop motion artists pull their hair out in frustration, because I tend not to do too much planning when creating something. I’ll have a general outline, and I’ll see it all in my head, but a lot of the final product doesn’t shows up until I’m in in the actual act of creation. A minute long piece might take me 10 hours to shoot, depending on how complicated movements are and how many subjects have to move in one frame. I also feel a lot of things out and change my mind constantly based on what I’m seeing happen – after so many hours, your subjects tend to take on lives of their own, and their personalities illuminate and guide your project. I’m certain that makes me sound a little crazy, but bringing these things to life and letting them ‘live’ in front of me is the whole payoff for hours of tedium. I suddenly have a sunny little world with little monsters to play in.

Do you have a favorite piece or film you have created? Include link or photo if possible. I think the pre-screening bumper I made for Nitehawk Cinema in Brooklyn (above) is my best work, but my favorite is one of the bumpers I made for Cinepocalypse film festival in Chicago (below) that my darling friend Ryan Oesterreich runs.

It’s like everything I wanted to happen as a kid.

What was the best piece of advice you have ever been given?
During an especially low point in college, a friend stroked my head and said ”It’s okay to be vulnerable.” I try not to forget that.

Any upcoming projects you’d like to tell us about?
I just did a shoot with one of my favorite rappers, Fat Tony, and I have some other collaborations with artists I love popping up. And then some very special things for the upcoming Godzilla King of the Monsters movie, but I can’t quite be detailed yet about those. Mwahaha. 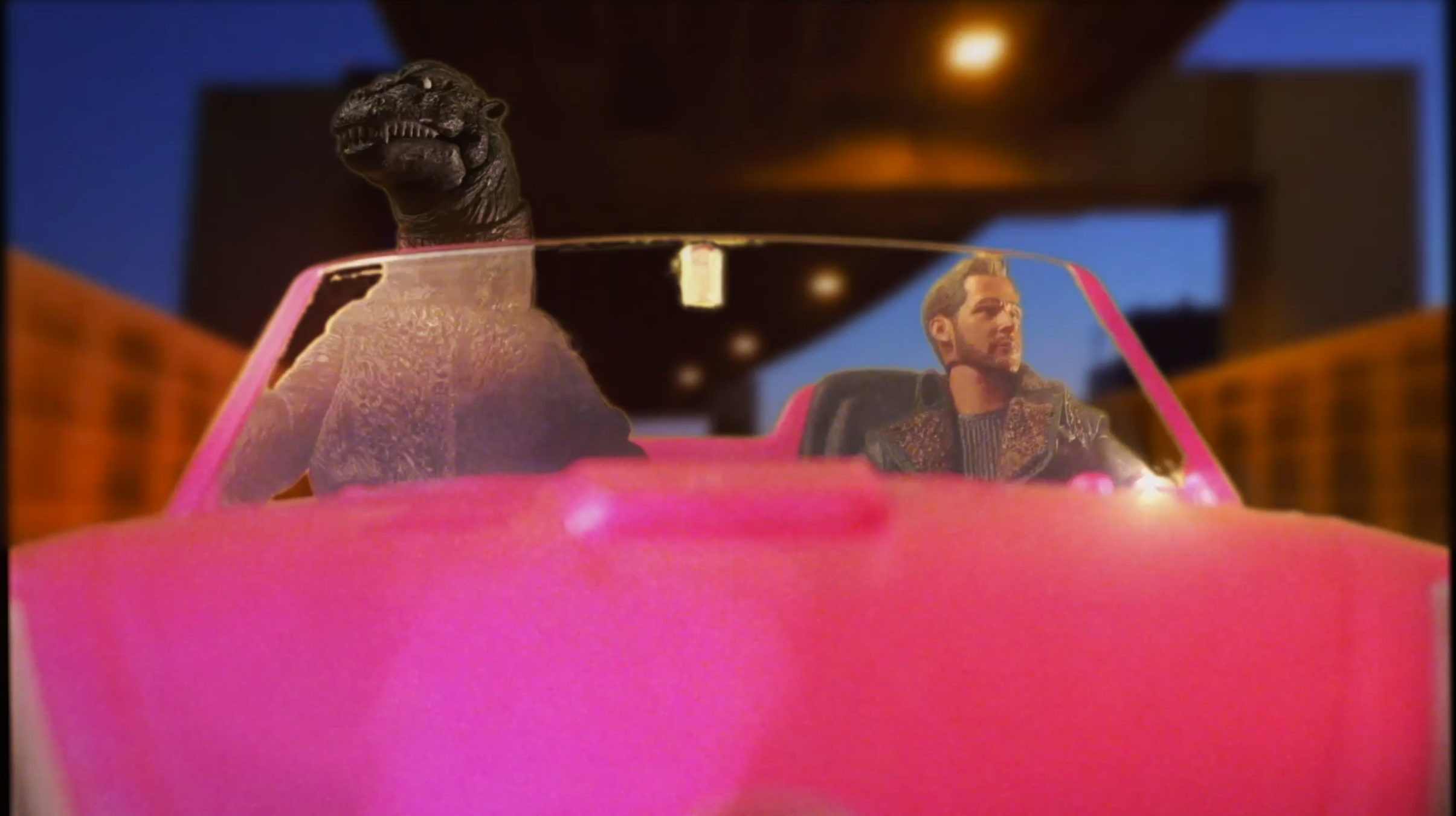 Obligatory Red Cap question: favorite drink?
My inner child is also an old lady, so my favorite drink is my first cup of green tea in the morning (right now it’s Kukicha from Physical Graffitea on St. Marks).

Thank you so much, Cressa! Again, be sure to check out her other work on her Instagram, @beeragon, or her website, cmbeer.com.