We're wrapping up our mini-series of three consecutive Artist Spotlight interviews with illustrator, Lizzy Stewart! Hailing from London, Lizzy is the author of Minnows, and is the illustrator for various products and editorials. Her work is sharp and colorful, with an inquisitive twist! We loved chatting with her about her inspirations, favorite artists and how to use watercolor “wrong.” Thanks for chatting with us, Lizzy! 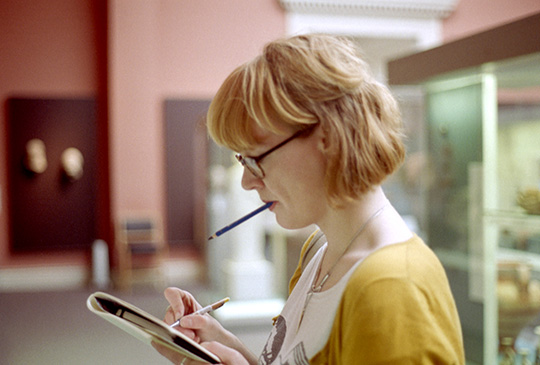 You live in London–have you always lived there? Where else have your travels taken you?
I’ve lived in London for just over three years. Before that I was in Edinburgh, in Scotland where I studied, and I grew up in Plymouth, in South-West England, by the sea!

What inspires you most?
I don't know….I get asked this a lot and there's no answer really. I think, as a rule, creative people are greedy, we consume books and music and film in high volumes and that contributes to our work, of course it does. But its hard to pinpoint, at any given moment, where an influence has come from as its merged with all the other stuff going on in your head. So a drawing might come from a song I've heard, something by Withered Hand or Karen Dalton perhaps, but it also comes from the mood I was in when I woke up that morning, the weather, who I've been speaking to. Rarely do my 'favourite things' crop up in my work. I have plenty of favourite books and films (Annie Hall, Days of Heaven, The Golden Notebook, The Secret History, for example) but they don't really have much bearing on work looks in the end. Its just a feeling you get when you see something that 'gets to you.' That irrepressible urge to make things. Its important not to disregard anything you encounter, its all good stuff. The greedier you are with things the more you'll have to go on.

Did you always want to be an illustrator when you were growing up?
I wanted to be an archaeologist when I was small, I liked dinosaurs and digging, it made sense. The minute it became apparent that drawing was my thing I switched my allegiance to artist (I guess when I was nine or ten). I wanted to be a painter, originally. I moved to Edinburgh to study Fine Art when I was eighteen but somewhere along the way I realised that I was, probably, an illustrator instead. Illustrator isn’t really one of those jobs they suggest to you at school, I hadn’t even realised it was an option until I got to college. 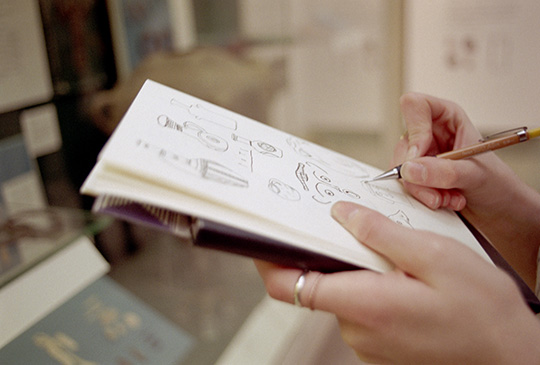 If you could be anything in the world (besides what you are doing now) what would you be?
I think my back-up was always writer. Which is ridiculous! I’m not sure you can ‘fall back’ on being a novelist! There are so many things that would be fascinating to do. I love the theatre and set design has always intrigued me. Similarly textile design. 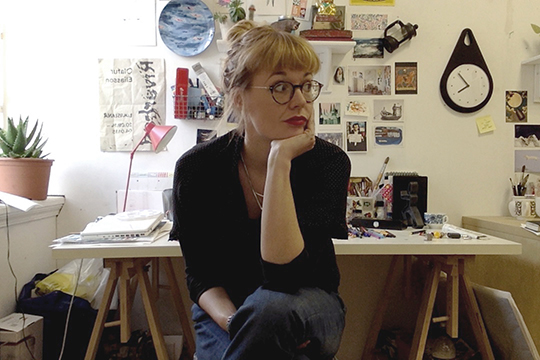 Do you have any upcoming projects that you would like to share with us?
I have quite a lot on the go at the moment but nothing that I can directly share I don’t think. Mostly I don’t want to jinx anything! There’s at least one book on the way…hopefully. Unless I really balls it up!

We noticed your website is named after a song by The National–do you find inspiration in music? What other bands or songs do you relate to?
Urrrgh, thats sort of an annoying bi-product of naming your website during your second year at college! I thought it sounded nice to say but now I just wish I’d used my own name. Oh well. Music is, of course, really important to me. What you listen to when working can totally steer how you work. 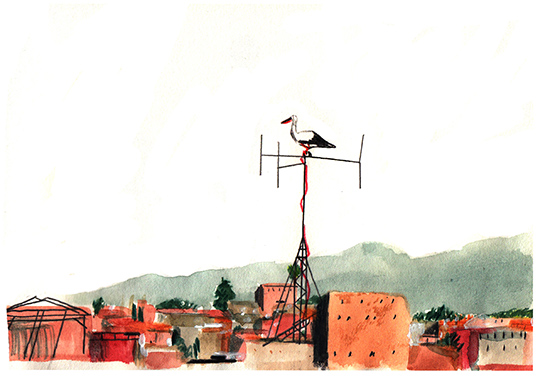 Do you have any spare time hobbies?
I swim three times a week. That's really important to me. Its good to do something that uses your whole body when you spend most of your time hunched over a desk. I always feel so much better after a swim and that first moment, when you dunk your head under and push off into the water, that's a great feeling. Every single time. 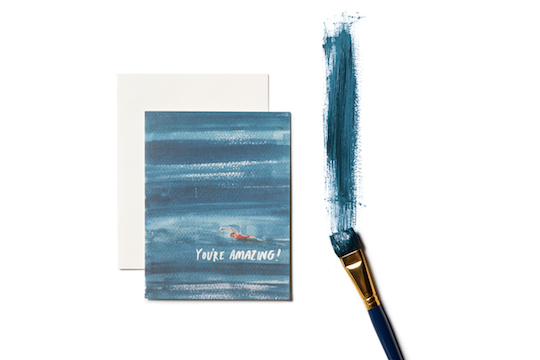 Who are your favorite artists or designers?
Carson Ellis is a long-term favourite. I used to pour over Decemberists artwork as a teenager, it was sort of a revelation to me. It was so beautiful and it fit the records so well and that was the first time I’d really noticed illustration beyond children’s books. Jillian Tamaki is constantly astounding. She seems to have the ability to pull an expressive portrait out of thin air with just two or three deft strokes of a brush. Laura Carlin makes beautiful books and seems to be one of the few artists doing less figurative things in UK children’s publishing. Leanne Shapton does drawing and pictures with equally preposterous levels of skill and subtlety. I like paintings by Agnes Martin, Richard Deibenkorn, Eric Ravilious. All sorts. There’s so much good stuff, fill your boots!

If you could live anywhere else in the world, where would it be?
I loved Copenhagen, I feel like I know how to live there, not that I could afford it! I don’t know, I like London a lot, sometimes. Its a shame that its such an expensive city and its slowly driving everyone who isn’t obscenely rich away. 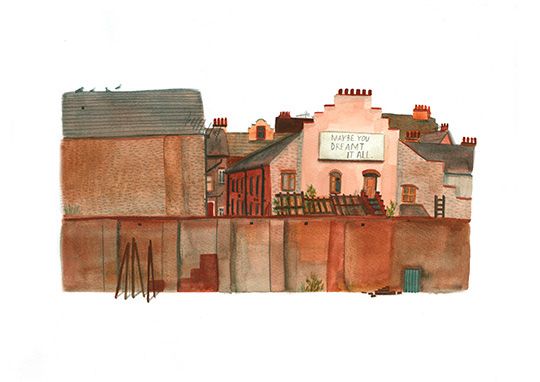 What is your favorite medium to work in?
I love watercolour, I love using it wrong; painting with scrubby, dried out brushes, loading on too much paint, making textural work out of a medium meant for washes. I’m also very very fond of a straightforward pencil. The simplicity of it is so satisfying. 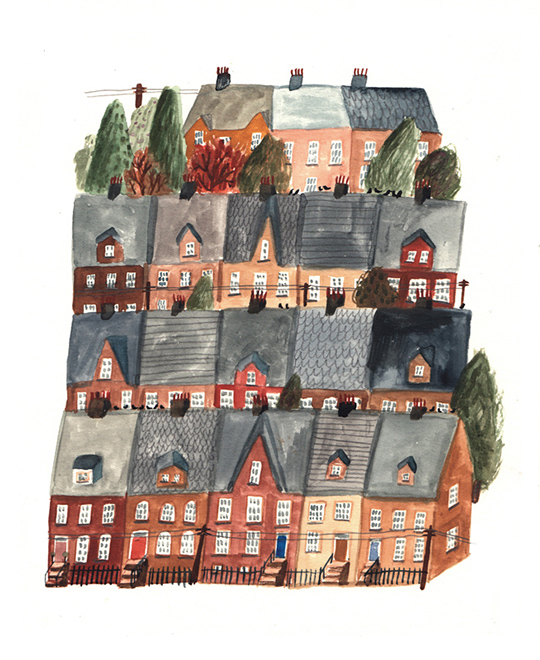 What is your favorite piece you have ever created?
I wish I could answer this. It feels like such a cop-out to say that I don’t have one. Favourites grow tired quickly for me. Equally things I hated when I made them don’t look so terrible a few years down the line. There are projects I have been proud of (the book Minnows for example) and that's a good feeling…but there are very few things that I would say I fully ‘liked’. That's terrible isn’t it?