It's time for another Shops We Love post! Last time, we were in Amsterdam with Hear! Hear! and now we've skipped on over to the UK to visit Magma Books, a shop that currently carries Red Cap Cards and is bundled full of creative treasures! 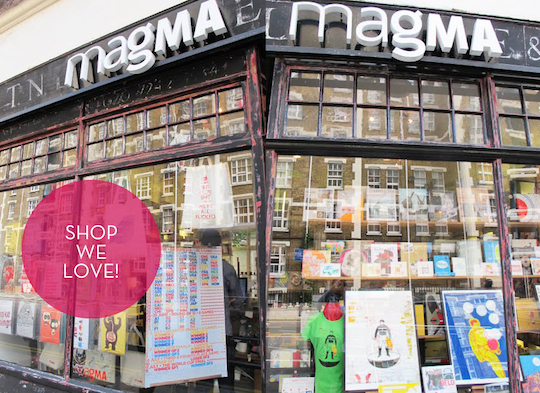 Magma Books boasts four separate locations: three in London (one on Clerkenwell, two–a product + bookshop–on Earlham), plus a shop in Manchester. Their first shop in Earlham was opened in 2000, after a hilariously contrary beginnings:

“One day, when they were particularly despondent about their job and the bookshops they went to during their lunch breaks, Marc and Montse thought that someone could make a killing if they opened a good bookshop. Not a big one. Not another large surface affair, with many floors, tables piled high with promotions and ‘3 for 2s' and 20 percent off everything. No, just a small and clever space.

Then, in typical manner, Marc went home and changed his mind. He decided that no, on second thoughts, it was not a good idea after all. The internet had arrived. The book was dead. A bookshop? What a dreadful idea! Who would be buying books in a few years time. The dotcom business – that's where they should be investing what little money and time they had.

Montse, on the other hand, continued to think about it. Yes, why not? A different bookshop. She kept thinking and talking about it so often that her then boyfriend told her to just go and talk to Marc and stop bothering him , which she did – well, talk to Marc.

And Marc changed his mind again.” 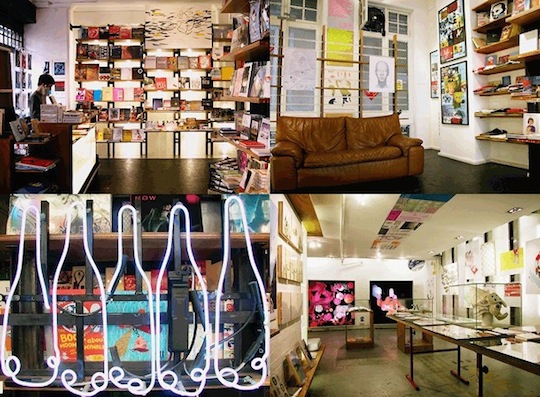 Ha! After finally setting up shop, Magma Books now exhibits and sells a variety of products and books, including games & toys, design materials, eco home products, jewelry, stationery and “weird stuff.” Plus, if you're not in the neighborhood, you can always check out their extensive web shop to see what's in-store. If that's not enough–they even host a variety of exhibitions at their locations–art shows, book events and design showcases. What's not to love??